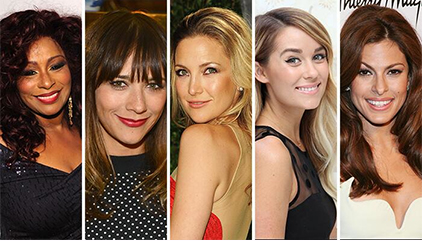 When my colleague Katrin, travel journalist, flocked to her favorite cream during a press trip, I deliberately heard the name for the first time. It should help against sunburn, make the pores on the face almost invisible, care for the hair and even remove make-up – a miracle cream. “The name fits, at least,” I thought. Egyptian Magic, the “all purpose cream” is on the pot. One week after my return to Switzerland I received a parcel, a big Egyptian Magic pot in it, a small letter from Katrin: “You have to test it!”

Alright, I already knew that the texture should be quite oily, that you should use very little cream and that, like the Creme de la Mer, I have to warm it up in the palm before. “Greasy!” Was my first impression. My second: “Get in fast …”

My skin felt good and I decided to use the cream for the face in the morning and in the evening. Redness disappeared almost overnight and the pores became almost invisible after a few days.

Now I wanted to know more and started to research. My surprise was great when I read that the cream has been around for 27 years. It should be formulated according to an ancient formula of the ancient Egyptians and already Cleopatra should have used them. “Interesting marketing,” I thought to myself. Then I found an impressive list of celebrities who are avowed followers of this “word of mouth” propaganda: Adriana Lima, Cara Delevingne, Behati Prinsloo, Rashida Jones, Taylor Schilling, Brooke Shields, Lizzy and Georgia May Jagger, Madonna, Chaka Khan , Selma Blair, Michelle Trachtenberg, Karolina Kurkova, Gucci Westman, Sarah Rafferty … and many more, swear by the magical effect of Egyptian Magic.

I liked the natural ingredients, mainly beeswax, because it has been proven that they all have a strong anti-inflammatory effect. No preservatives, no alcohol or water, no additives, no parabens, no GMO ingredients, no fragrances. For honey, propolis, royal jelly, bee pollen, beeswax and olive oil. Animal experiments will be omitted.

No matter who the formula was developed from, my skin was visibly thrilled. Gradually, I also tested some other modes of action, such as on the hair. I massaged some Egyptian Magic in the evening in the hair tips and rinsed it the next morning under the shower. Dryness and the ugly dull appearance had disappeared. Then I took my feet: dry heels adé!

The list of recommended uses is long and I certainly will not try everything. I’ve decided to continue using the cream, which I would rather call Balm, for the face, but here is the list for all the areas recommended by the various celebrities:

What you can read next 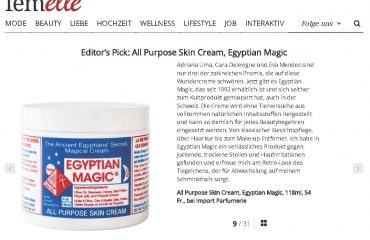 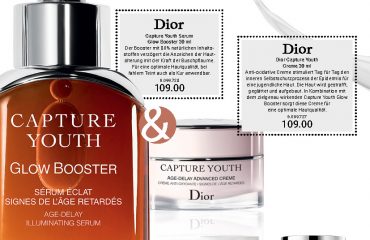 beautysecrets.agency uses cookies to optimize the design of this website and make continuous improvements. By continuing your visit the website, you consent to the use of cookies.OKRead more...